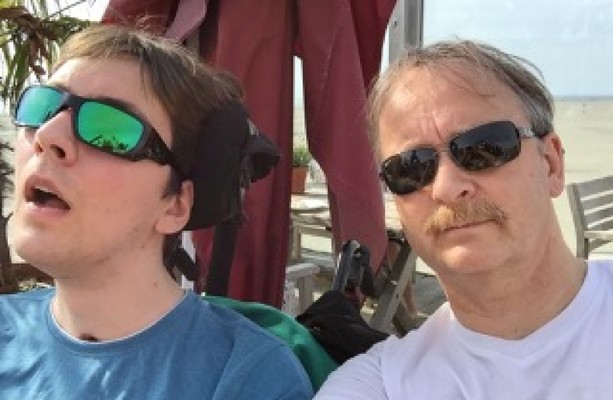 The truth is that the “fight for life” has become my mission in life since our son Pádraig’s accident in 2013, when he was hit by a truck trying to overtake him with oncoming traffic, as he was cycling to work on Cape Cod. He was spending the summer there on a J1.

Lack of staff and resources

On September 2 2008, the Irish Times reported that the NRH got the “green light for 235-bed facility” with the new building to be completed by 2012.

Fast forward 9 years to earlier this week, when the issue of bed closures in the existing National Rehabilitation Hospital (NRH), and the fact that the new building was never built, was raised (again) in the papers and on Morning Ireland.

The NRH, with a waiting list of 226 patients, some of whom have been waiting for more than two years, has twelve beds lying empty because “of a lack of staff”. Valuable resources are seriously under-used in the NRH, including robotic walking equipment, worth hundreds of thousands of euros, and provided to the NRH by generous donors.

The Brain Injury Programme of the NRH, the only one of its kind in the country, still has no neurologist as part of the team and has no direct access to basic equipment such as an EEG monitor, a CAT scanner or an MRI machine.