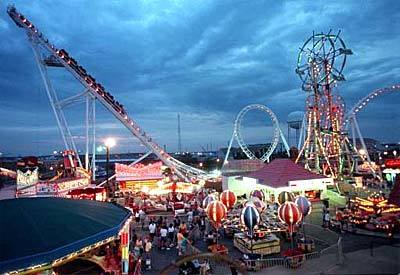 A Virginia mother has filed a $1 million suit against Trimper’s Rides and Amusements in Ocean City claiming a ride left her young son with a traumatic brain injury. Raffinee McNeill, of Accomack County, filed the personal injury claim in U.S. District Court on July 23. According to the court filing, her son and his cousins were on the Hampton I, a ride geared toward youngsters that features miniature trucks and cars that travel in a circle, when an operator “abruptly” halted the ride to let another child off. At that time, McNeill claims, her son thought the ride was over and he also got out of his car. The operator resumed the ride and one of the cars hit her son, knocking him down and “fracturing his skull on the cement floor,” according to the complaint. The lawsuit alleges the boy, who was 2 at the time, was “slammed into the floor and crushed between the ride’s tracks and the vehicle which had impacted him, as the vehicle continued along the tracks.” Since the accident in June 2012, according to the complaint, McNeill’s son has had significant medical expenses and suffered continued daily ill effects from his injuries. McNeill alleges the ride operator was negligent and failed to secure all passengers and to check that the tracks were clear before resuming the ride. Read more about 1 million lawsuit claims toddler crushed by Trimper’s ride via Ocean City Trimper’s – baltimoresun.com.